Chiari malformation is a condition in which brain tissue in the lower back part of your skull is forced into the spinal canal. Most of the time, this happens because of a structural problem –- a misshaped or smaller-than-normal part of the skull. A Chiari malformation is a problem in which a part of the brain (the cerebellum) at the back of the skull bulges through a normal opening in the skull where it joins the spinal canal. This puts pressure on parts of the brain and spinal cord, and can cause mild to severe symptoms. In most cases, the problem is present at birth (congenital). 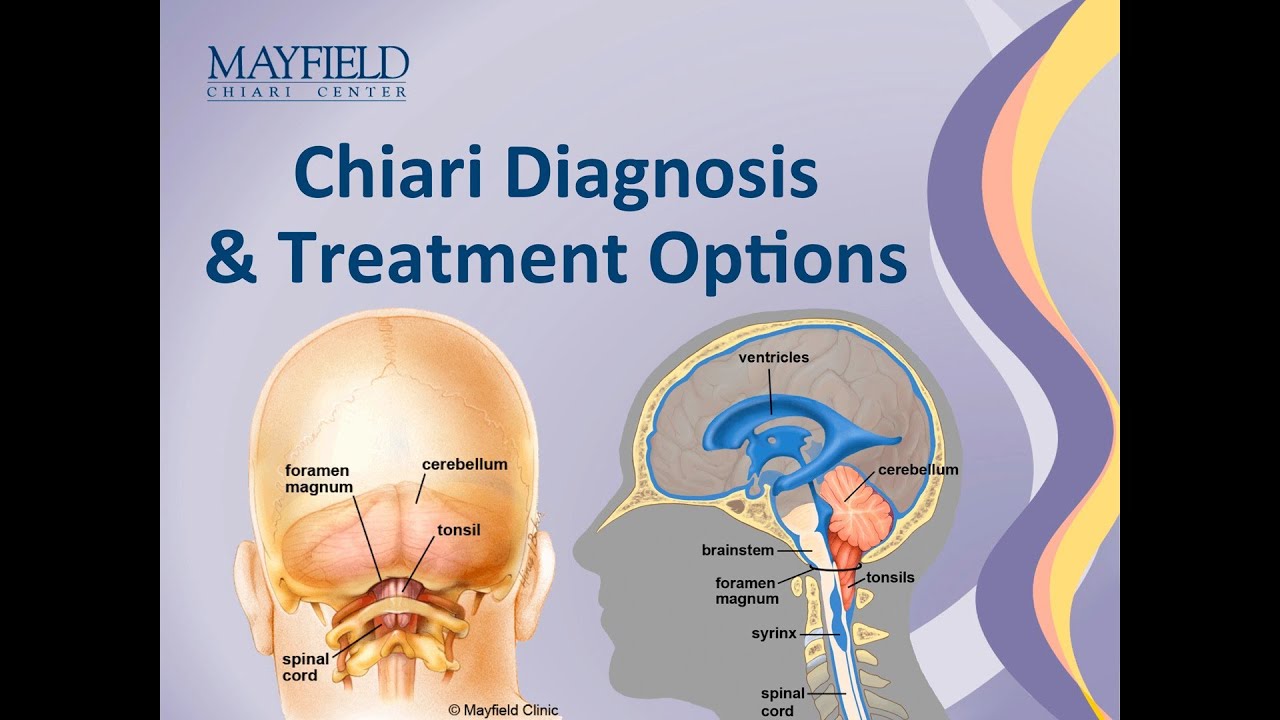 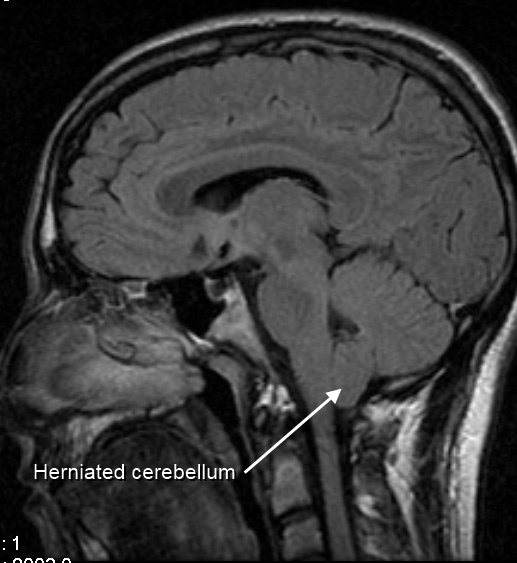